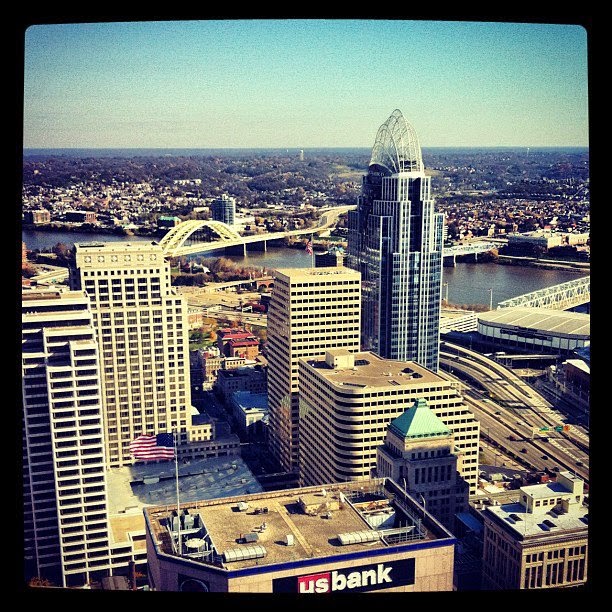 Cincinnati is located in Hamilton County, in the far Southwestern portion of the state, with Indiana and Kentucky just minutes away. The Ohio River serves as the southern border of both the city and the state of Ohio. It is the 3rd largest city in population (just behind Columbus and Cleveland) with approximately 297,000 citizens, yet boasts the largest population in Ohio when including the metropolitan area. Being that it was the first major inland city established in the country, it is considered the first "purely American" city. Known as everything from "The Queen City" (because of its amazing beauty and architecture), to "The Nasty 'Nati" (as some of my college friends would affectionately refer to it), Cincy is booming with tons to do!

Growing up in Northeast Ohio, Cincinnati always felt worlds away, and I unfortunately did not get the chance to visit often. However, I was fortunate to do work in the area from 2009-2011, and had some pretty wild times visiting friends at University of Cincinnati. Recently, my good friend Sam took me on a tour of the town to spur my memory of why this town is so cool, and all of the great things there are to see.

If you are planning a day trip to Cincinnati, here is a list of things 10 things you can do to maximize your visit while getting a variety of culture, food, outdoor adventure, and active lifestyle! Be on the lookout for more posts dedicated to Cincinnati and focused on how to plan the perfect trip to The Queen City! 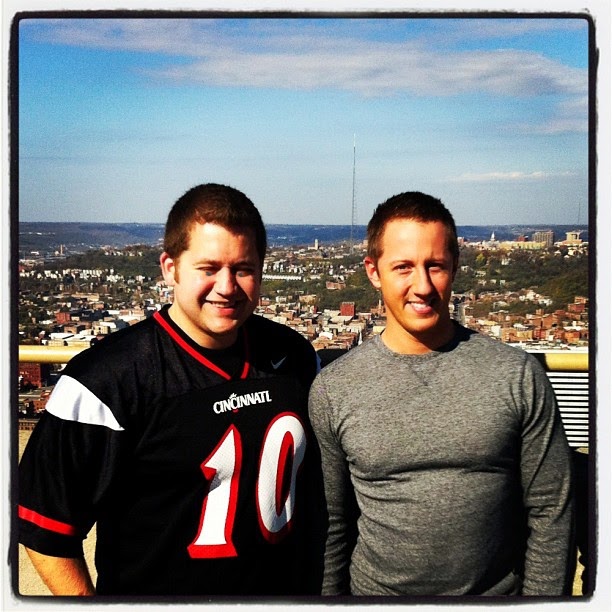 Sam & Me on top of Carew Tower

1. Carew Tower (441 Vine Street): Carew Tower is 49 stories and 574 feet tall, making it the second tallest building in all of Cincinnati. For a small $2 fee, you can head up a series of elevators to the observation deck on the roof! Here, you will get the most spectacular view of the Queen City possible! On a clear day (like the beautiful November day I visited) you can see miles and miles in every direction. You can even see across the Brent Spence Bridge over the Ohio River into Covington, Kentucky. You get spectacular glimpses at everything from the University of Cincinnati to Paul Brown Stadium (home of the Cincinnati Bengals) to every other skyscraper in the city. You can also see into Indiana! 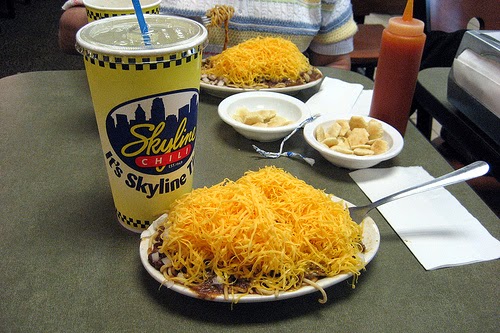 2. Skyline Chili (643 Vine Street & Various Locations): I used to believe that Skyline Chili was not really chili. Where I come from, chili is a tomato-based soup with peppers, onions, beef and beans. But here in Cincinnati, they have their very own chili, aptly referred to as Cincinnati Style Chili. And while it might not look like the chili you are used to from back home, it definitely tastes AWESOME! Cincinnati Style Chili has sweet undertones of chocolate and cinnamon, and is a thick meat sauce served over spaghetti. The most quintessential Cincinnati chili can be found at Skyline Chili, where you can order it with onions, cheese, beans, and hot sauce (known as two-way, three-way, four-way). While you can get Skyline in cities other than Cincy, there is nothing better than having it right downtown! So, do it!

3. Mount Airy Forest (5083 Colerain Avenue): Mount Airy Forest is the spot with the highest elevation in the city and looks over the Ohio River. Burn off all of the calories consumed at your Cincinnati chili lunch with a hike on the many miles of trails at this Cincinnati Park. Consider even taking a packed lunch on your hike in the park and have a picnic overlooking the lake, in the gazebo, or in the public tree house!

4. Caldwell Preserve (430 West North Bend Road): I have yet to go to this southwest Ohio locale, but I have heard tons about it from readers of the blog. Cincinnati Parks web site says it: "features a Nature Center, an amphitheater, and 3.5 miles of nature trails, including a level-paved trail that makes it possible for wheelchair users to go into the woods, see the flowers, and hear the birds" 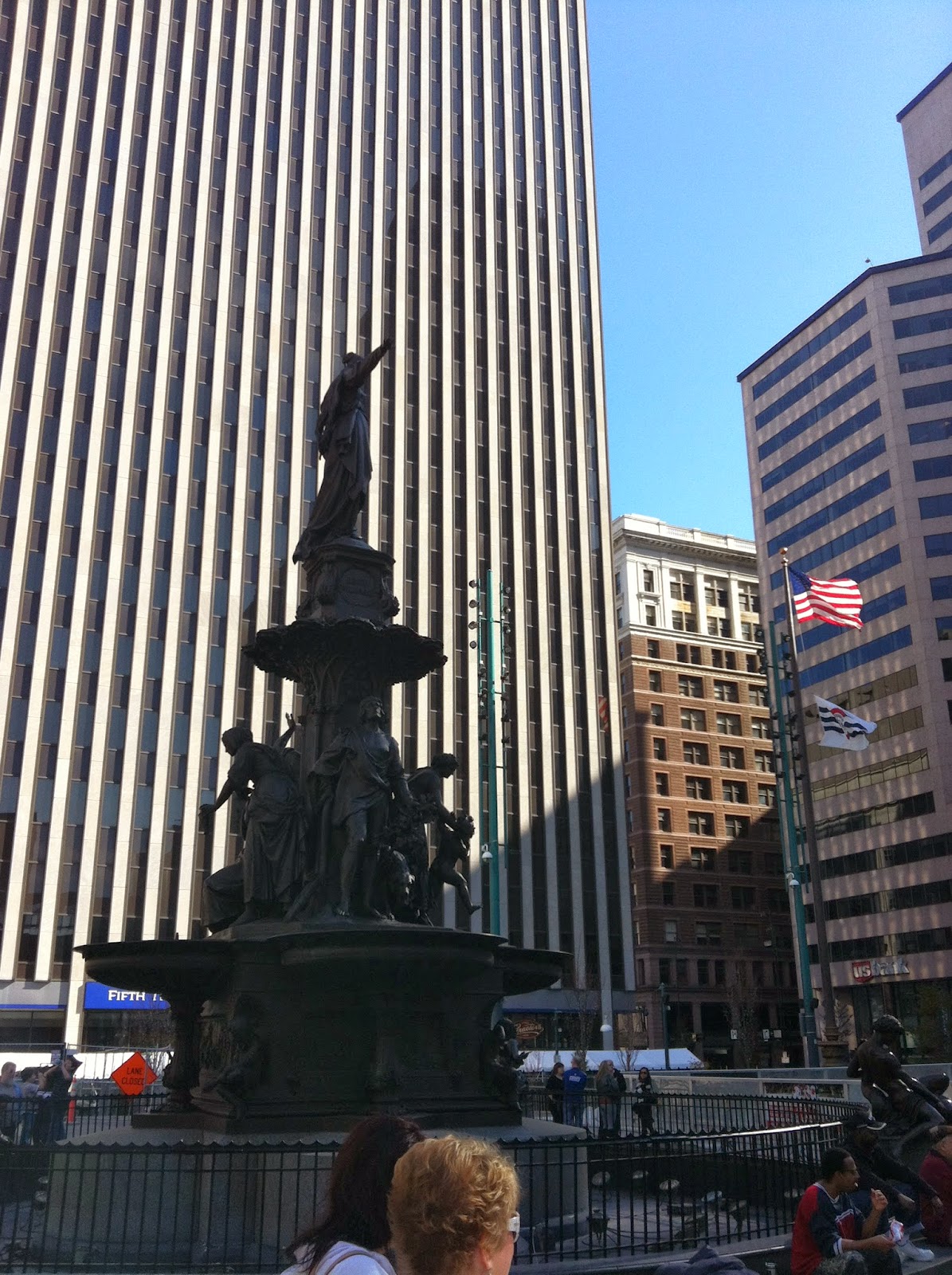 5. Fountain Square (Center of 5th Street): Restaurants, bars, shopping, concerts, entertainment, festivals (like Oktoberfest), movies, ice skating, tailgates, and dancing can be found at Fountain Square of downtown Cincinnati. The city square is centered around the Tyler Davidson Fountain, an elaborate bronze and granite statue which is an ode to the Ohio River and its contributions to Cincinnati. 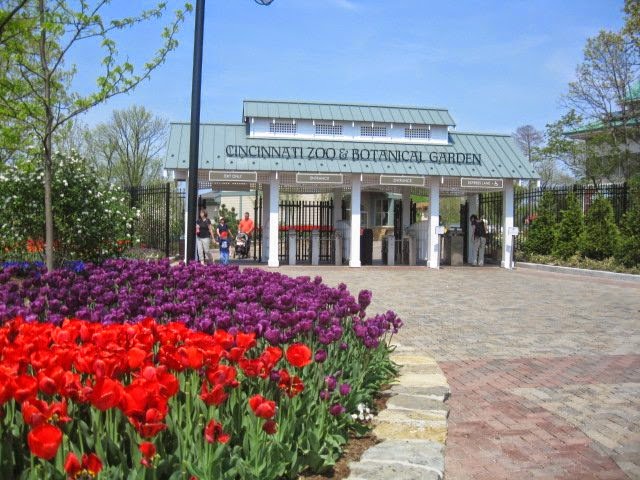 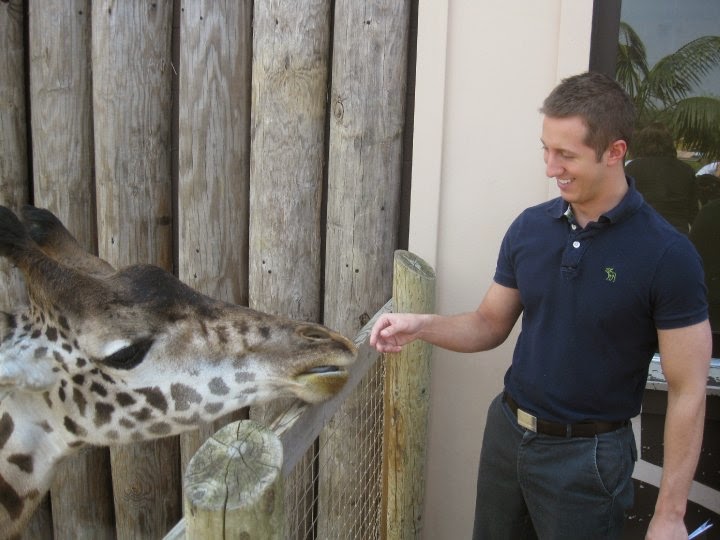 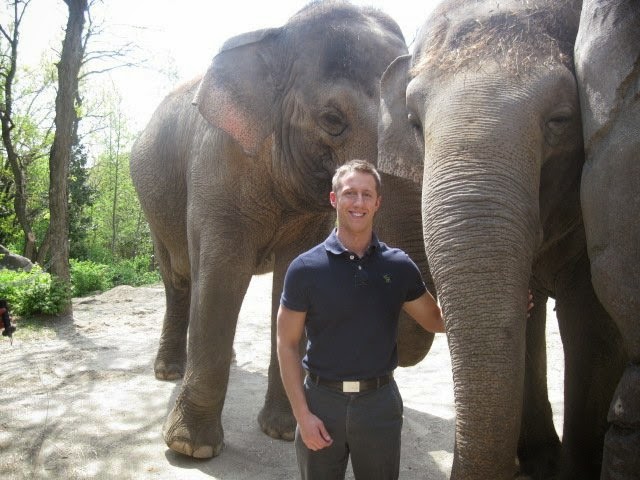 Elephant and Giraffe Encounters at the Cincinnati Zoo

6. Cincinnati Zoo & Botanical Garden (3400 Vine Street): Zoos can sound not-so-exciting for an adult, especially for one without kids. However...Cincinnati Zoo & Botanical Garden is not your typical zoo! This 85-acre establishment is home to over 500 animals, and is one of the most beautiful zoos in the country. It has also been named as the "greenest" zoo in America, which I learned about on a recent exclusive visit - this is due to the solar power, geothermal energy, and other alternative energy sources utilized on site. They also offer exclusive "animal encounters" that will give you up close and personal experiences with exotic animals. I had the chance to feed giraffes and elephants firsthand at the Cincinnati Zoo!! It is an experience I will never forget.

7. RockQuest Climbing Center (3475 East Kemper Rd): If you think you're up for the challenge that is indoor rock climbing, the Cincinnati suburb of Sharonville has you covered. And if you haven't yet, read about what it takes to go rock climbing, check out the pics, then head to RockQuest to ROCK OUT! ;-)
8. The Righteous Room (641 Walnut Street): After a day of exploring the city, you deserve a drink. My buddy Sam took me to The Righteous Room, which is part of downtown Cincinnati's revitalized bar scene. It  has a killer selection of beer, great whiskey specials, and a modern, young professional scene.

10. Paul Brown Stadium & The Great American Ballpark: I would be remissed if I did not include the exciting sporting venues which serve as a prominent part of Cincinnati's cultural landscape. The town has long been known as a huge football and baseball town, and its teams are powerhouses in the national scene. Catch a Cincinnati Reds baseball game at The Great American Ballpark or a Cincinnati Bengals football game at Paul Brown Stadium.