Ride A Camel At Columbus Zoo 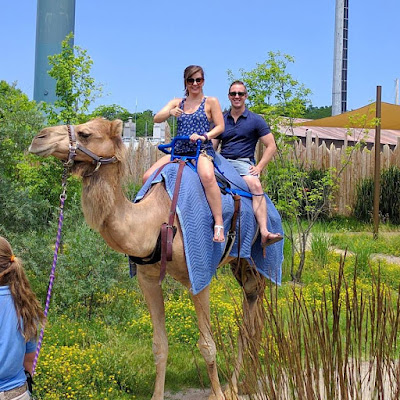 Well, mark that one off of the bucket list! I rode me a camel!

When my friends from Chicago and Colorado were coming in to Ohio for the weekend, we decided to go to the Columbus Zoo. And, from the moment we went, all I had my sights on was riding a camel!

That's right! For just $7, you can take a short ride on the back of a camel at the Columbus Zoo. My friend Faye and I hopped on a camel named Ghost after standing in a short line, and we took a ride around the African Safari with one of the zoo workers guiding the way.

It was a tame ride, with only a few bumps in the road (no pun intended). The only thing lacking was the vast Sahara desert. I think I prefer being in the comfort of Ohio instead of in the middle of the Sahara, though!

If you go to the Columbus Zoo, be sure to ride a camel. And, while you're at it, take some time to take part in some of the other interactive elements found at the zoo: feed the giraffes, walk alongside the kangaroos, pet the stingrays, and let lorikeets land on you while you feed them nectar! 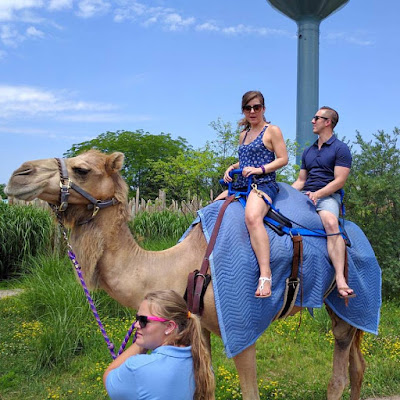 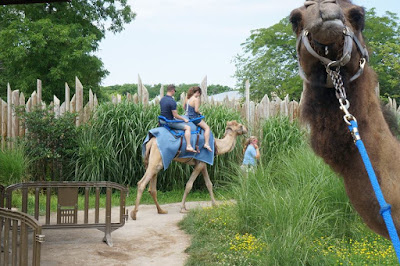 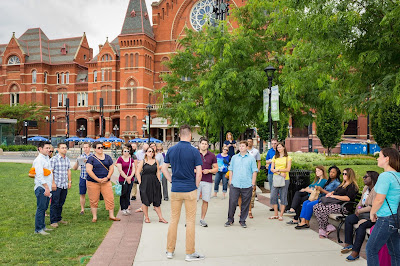 
The following post was written for publication on the website "The Akronist." The Akronist is a source for compelling stories about greater Akron. It has local videos, photos, podcasts, articles, and blogs produced by the community. I wrote this piece as a recap of a recent trip taken with a group of fellow Akronites in the young leadership group known as Torchbearers.

As a bus full of 35 Akronites rolled into the Over-the-Rhine district of Cincinnati on June 5, smart phones began taking pictures and tagging social media posts with the hashtag “#TB2Cincy.”

There was no question that the working minds of Torchbearers of Akron had arrived, and they were eager to learn about the southwest Ohio city nearly four hours away from home. Creative juices were flowing, and notepads were at the ready to catch inspiration during the group’s two-day excursion to the Queen City. 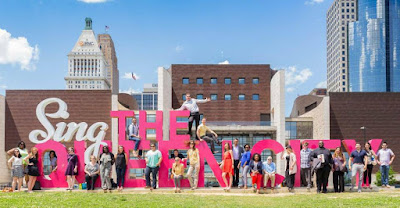 In early 2015, Torchbearers received its largest single grant ($65,000) from the John S. and James L Knight Foundation. This grant sponsored two trips, the first being to Detroit in May 2015, and the second being the most recent trip to Cincinnati on June 5 and 6 of this year.

It was the goal of Torchbearers to travel to Cincinnati in order to learn about the city’s efforts in arts and culture, neighborhood revitalization and economic development, with the hopes of bringing back these ideas for programs in Akron. In addition, the trip was an opportunity for Torchbearers to share with those in Cincinnati all the innovative things Akron is doing to revitalize and grow.

READ MORE AT THE AKRONIST