The Deer Of The Scioto 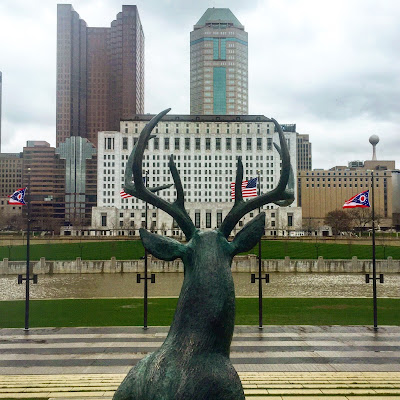 Genoa Park is a beautiful park on the Western bank of the Scioto River, right behind COSI Columbus: The Center of Science & Industry in downtown Columbus, right off of Broad Street. At the center of the park, you'll find a set of large amphitheater steps, alternating with grass and concrete, which overlook the river, and provide for a great view of the iconic Columbus skyline (including the Riffe Center, Huntington Tower, and the Ohio Supreme Court Building). The park lies directly across the river from the Scioto Mile. 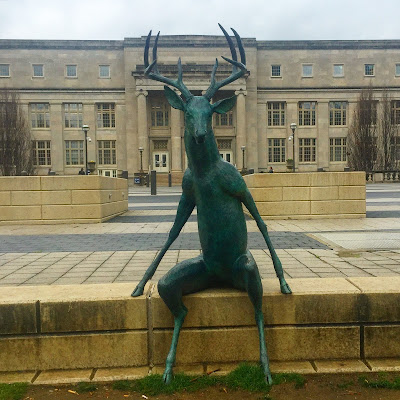 You can find two bronze sculptures of "humanized" deer at Genoa Park, one sitting upright on the stairs, and the other lounging nearby in the grass (a third deer can be found at the nearby Rich Street Bridge, leaning against the railing, looking out on the river). But why?! Well, apparently, the name of the Scioto River is derived from a Native American word that means "hairy water." Legend states that Shawnee tribe members found deer hair floating in the water when they migrated to the area. Hence, hairy water. Hence...deer statues?! 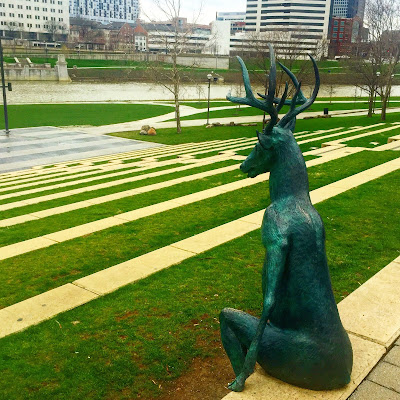 Artist Terry Allen came up with the concept and design, which is meant to represent how deer used to be prevalent in this area along the Scioto River, but now it is populated by humans, who often are running, biking, and lounging along the riverside. It is meant to be thought provoking and engaging to the public, to show a cross between when the deer once lived here and how humans currently do. Whatever it is, I think it's pretty cool - although a bit strange. 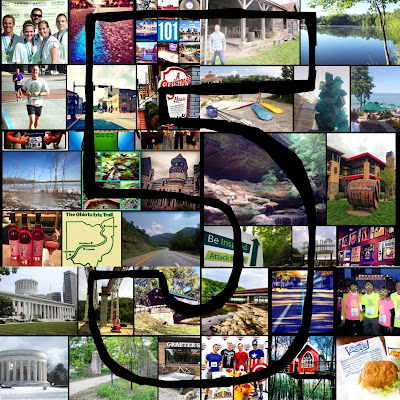 OHventures officially turned 5 YEARS OLD on April 12, 2016! It's hard to believe that we've been around that long! This just proves that time really does fly when you're having fun.

It's been a blast sharing the unique, exhilarating and thrilling things that make Ohio a cool place to live or visit. Whether you are seeking extreme adventures, physical challenges, interesting excursions, or a good excuse to get off your couch and explore the Buckeye state, this blog is for you.

To celebrate this milestone, we sifted through the over 500 posts on the blog to revisit some of our favorite and most popular adventures!

And now, some OHventures superlatives, as chosen by yours truly!

Here is to many more years of giving the world items for their very own Buckeye Bucket List!
Posted by Mike at 11:48 PM No comments: