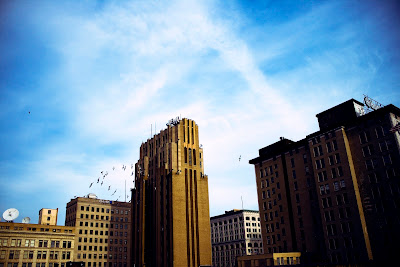 Photo courtesy of S. Poullas
I grew up very close to Youngstown. In fact, while my small hometown of Hubbard lies in a different county, it still qualifies as being in the Youngstown Metropolitan Area. Even though I grew up very close to Youngstown, I can't say that I am an expert on the area. That in part is due to my moving to Columbus at the young age of 18.﻿ But I certainly have grown to appreciate my roots and have had the chance to explore the city a bit more as an adult when making trips back home.


Youngstown is located in Northeast Ohio on the Pennsylvania-Ohio border and is the county seat of Mahoning County. It's an hour and a half to Cleveland and an hour and a half from Pittsburgh. Youngstown is known as The Steel Valley and has become infamous as the capital city of The Rust Belt. Many people across the planet became familiar with the plight that struck the city due to singer Bruce Springsteen's song "Youngstown" which describes the economic woes that resulted when the steel industry collapsed in the area.
The booming steel industry occurred during the 1920s through the 1960s, while the decline took place in the 1970s. Youngstown undeniably took a lot of hits, but over the past couple of decades is back on the rise again! In fact, it was recently listed as one of Entrepreneur Magazine's Top 10 Cities to Start a Business!
So, this city rich in industrial history back on the rise is definitely worth a day trip. Below, read the Top 9 Things To Do When Visiting Youngstown. 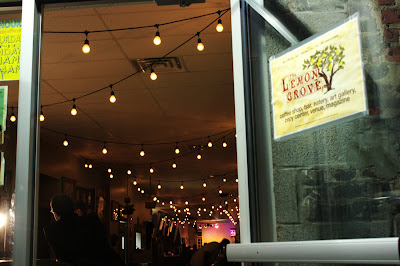 Photo courtesy of S. Poullas
1. Lemon Grove Cafe (122 W Federal Plaza): My Youngstown pal Steve Poullas first introduced me to The Lemon Grove Cafe just a few weeks ago. It is a fresh new bar that opened just about a year or two ago in downtown Y-Town. Steve, who took the above photos, is the webmaster for the Lemon Grove's website. The place is definitely full of hipsters, but has a youthful, artsy spirit that is a fresh addition to the area. Great drink specials and fantastic live music. Lemon Grove also prides itself in having artwork displayed by locals and is a favorite of the local Mahoning Valley "celebs." 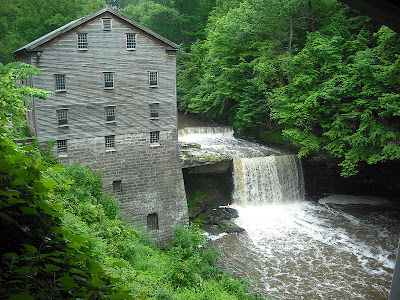 Photo courtesy of Wikipedia
2. Mill Creek Park (7574 Columbiana Canfield Rd): Brace yourself for this tidbit of information: the second largest urban park in the entire United States (ranked just after Central Park in New York City) is Mill Creek Park in Youngstown, Ohio. Isn't that wild?! This place is no joke. It is 4,400 acres of pure beauty smack dab in the middle of a bustling metropolis. Hot spots to see here are Lanterman's Mill, the "Cinderella" iron link bridge, and Bear's Den. You can go hiking, biking or boating and play tennis, volleyball, and the list goes on. We came here a bunch for field trips as kids and it never gets old.

3. Butler Institute of American Art (524 Wick Avenue): This art museum can be found adjacent to the campus of Youngstown State University. Many of my friends, as well as my brother, attended YSU, so I became familiar with the area. The campus area is like an oasis in the middle of a desert, and the Butler Institute of Art is one of the stand-out attractions of the area. My favorite is their collection of American sports paintings and artwork. The building itself is a beauty, and admission is FREE!

4. Youngstown Crab Company (3917 Belmont Avenue): If you're willing to dish out a few more bucks than normal for a meal, then you should be sure to treat yourself to the Youngstown Crab Company for an amazing meal of crab legs, mussels, steaks, and other seafoods. It's a favorite dining destination for me and my family, and I will be sure to review it in more detail so you can see the true splendor of the place! It's such a great spot that billboards can be seen over an hour away in Canton!

5. Cedars Lounge (23 North Hazel Street): I was told by my Youngstown friend Steve that Cedars is THE place to go for live music, as they have a killer sound system. He also said that swing night here is fantastic, and I can attest that the back patio is an experience in and of itself: you are surrounded my trees and plants of all kinds. It's really a fun place to go to grab some beers and party!

6. Cafe Cimmento Italian Eatery (120 E. Boardman St): The one place on this list that I have not been to personally is Cafe Cimmento. However, I have been told by many people, including Steve, that it is a great (somewhat) upscale restaurant that you have to try if you are looking to get a taste of Youngstown's prominent Italian culture (seriously I was one of the only non-Italians in my group of high school friends).


7. Rust Belt Brewing Company (530 Mahoning Avenue, Suite A): Rust Belt Brewing Company faces steep competition against Great Lakes Brewing Company in Cleveland, but holds its own! Truth is, Rust Belt Brewing Company (which just opened last year) has some great beers, such as the Rusted River Irish Red Ale and the Coke Oven Stout. It also has a great theme going for it, complete with awesome graphics and slogans: "Get Rusted." It truly is a must! They have tasting tours that can sometimes be found on Groupon!
8. Ward Beecher Planetarium (2001 Ward Beecher Hall , 1 University Plaza): I spoke earlier about the Youngstown State University campus and how cool it is. Well, the absolute coolest part is its planetarium where you can get whisked away to outer space watching one of the educational and entertaining star shows. I took Astronomy in 2000 and 2001 at YSU as part of a high school/college honors program. I couldn't get enough of the planetarium! They hold public programs that are both cheap and fun (especially the Halloween one!).
9. Indie Wax Records (6961 Market Street): Last but not least is an eclectic record store that people come from hours way just to see what rare vinyls they can get their hands on. I bought some pretty awesome records of Bruce Springsteen, Toto and Frank Sinatra here for just $1! It's a music lover's paradise. Trust me when I say, it's one of the best record shops in the state.

About the Contributor: Steve Poullas currently works in the technology field in Youngstown. He is passionate about the area and often photographs scenes around Youngstown, which can be seen on his  Flickr website. An example can be seen to the left. Steve enjoys riding his motorcycle and hanging out at the Lemon Grove Cafe!
﻿
Posted by Mike at 10:29 PM