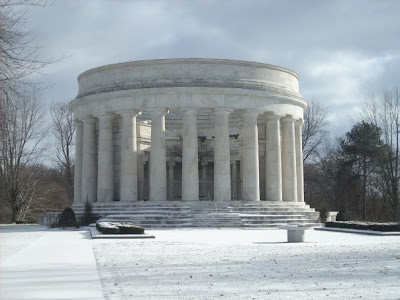 It is a privilege to be able to live in a state that bred so many great national leaders. Visiting the tomb and home of President Warren G. Harding makes you stop and think about how much historic significance lies within our great state. Everyone should take a moment to stop by the tomb at some point on a road trip (I stopped through Marion to visit the Harding Memorial on my way back to Columbus from a visit to Toledo). It's truly a national treasure.
Posted by Mike at 10:17 PM