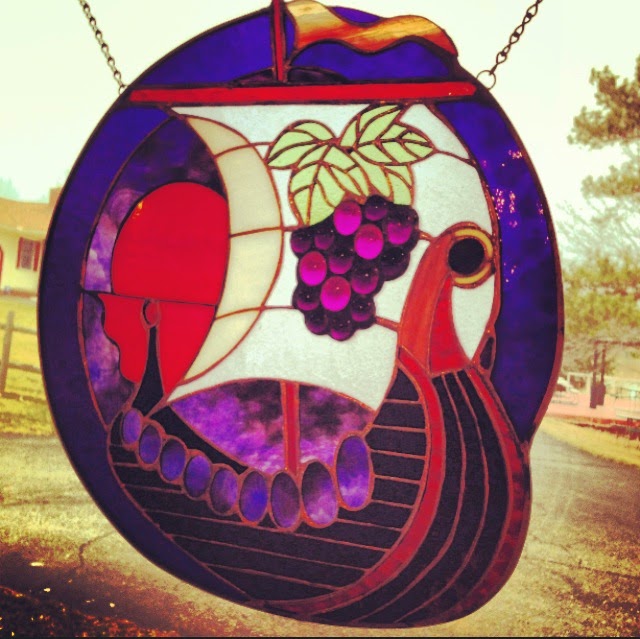 A nice afternoon road trip led me to the cozy and relaxing Viking Vineyards & Winery, a winery located in the rolling hills of Portage County, in Brimfield Township (Kent area). If only it had been a nicer day, or else I might have found myself sitting by the nearby pond at a picnic table or in the gazebo with a glass of the red stuff. Unfortunately, I could only imagine what that would be like, as the gray skies forced me to bypass the charming waterside set-up and head indoors.
Inside was an ample sized tasting room, which would do just fine in lieu of the lakeside seating. There was a small fireplace and a door that led to the large party room, known as the Lake View Hospitality Room, which can be rented for private functions. 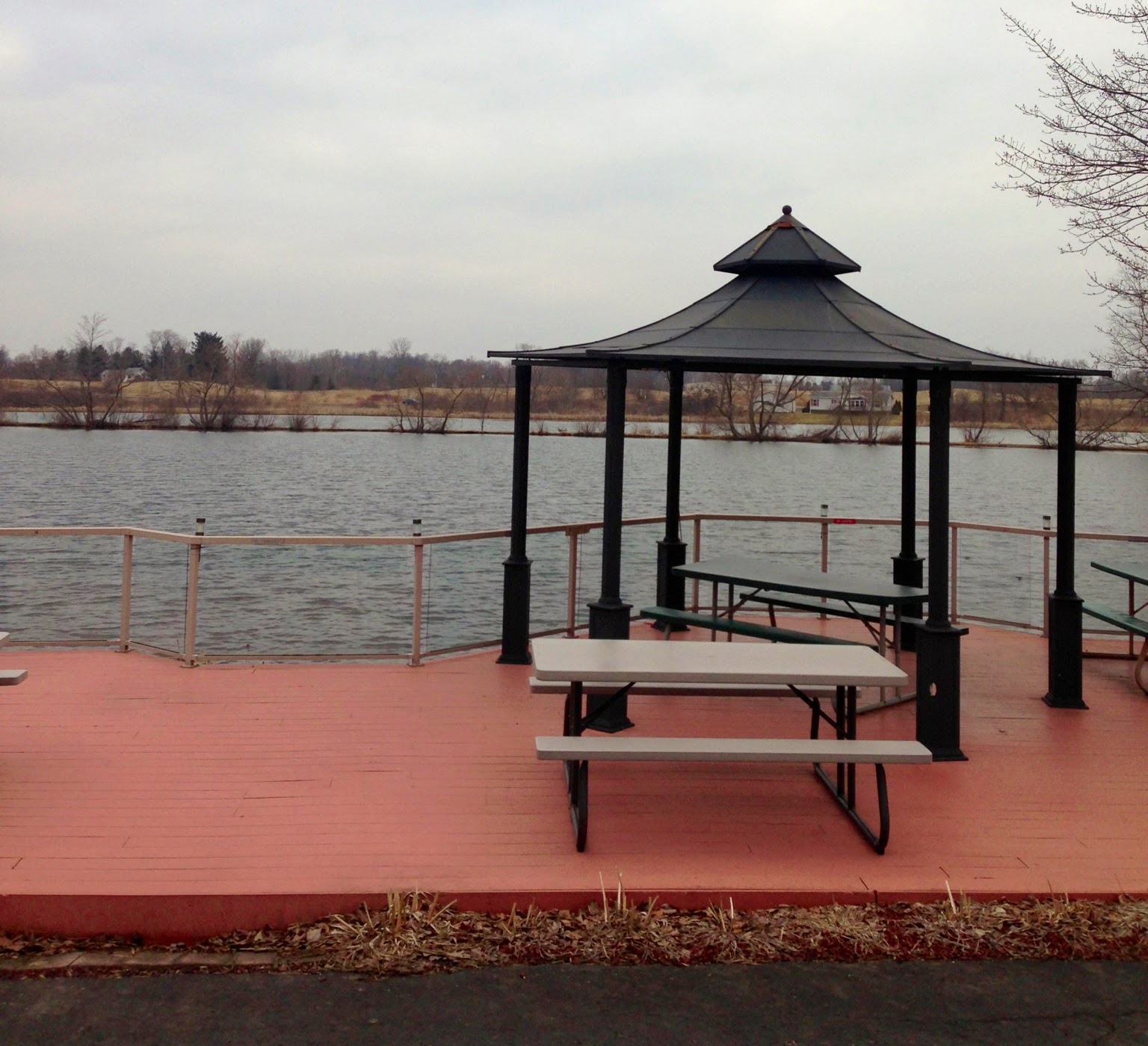 I was greeted by one of the owners, Jeff, who happily poured me a series of 1-ounce samples (priced at 50 cents each) of some of the winery's top sellers. Picking which ones I would taste was a challenge, since ALL of the wines made at Viking Vineyards are award winners. But Jeff advised that I taste in the following order: dry whites, sweet wines, dry reds, and sweet reds - a tip I had heard of before, but will certainly use going forward!
I first tasted the Chardonnay, a dry white wine that was fermented in stainless steel, and therefore had no oak flavor. I actually prefer the oak flavoring, but it was a refreshing and crisp change from what I am used to. From there, I tried the "Party!" wine, because any wine that has an exclamation point in its name deserves some attention (I am known to use exclamation points far too often on OHventures)! This wine was definitely a party, and was one of my favorites. Sweet (but not TOO sweet), really smooth, and a nice touch of citrus. 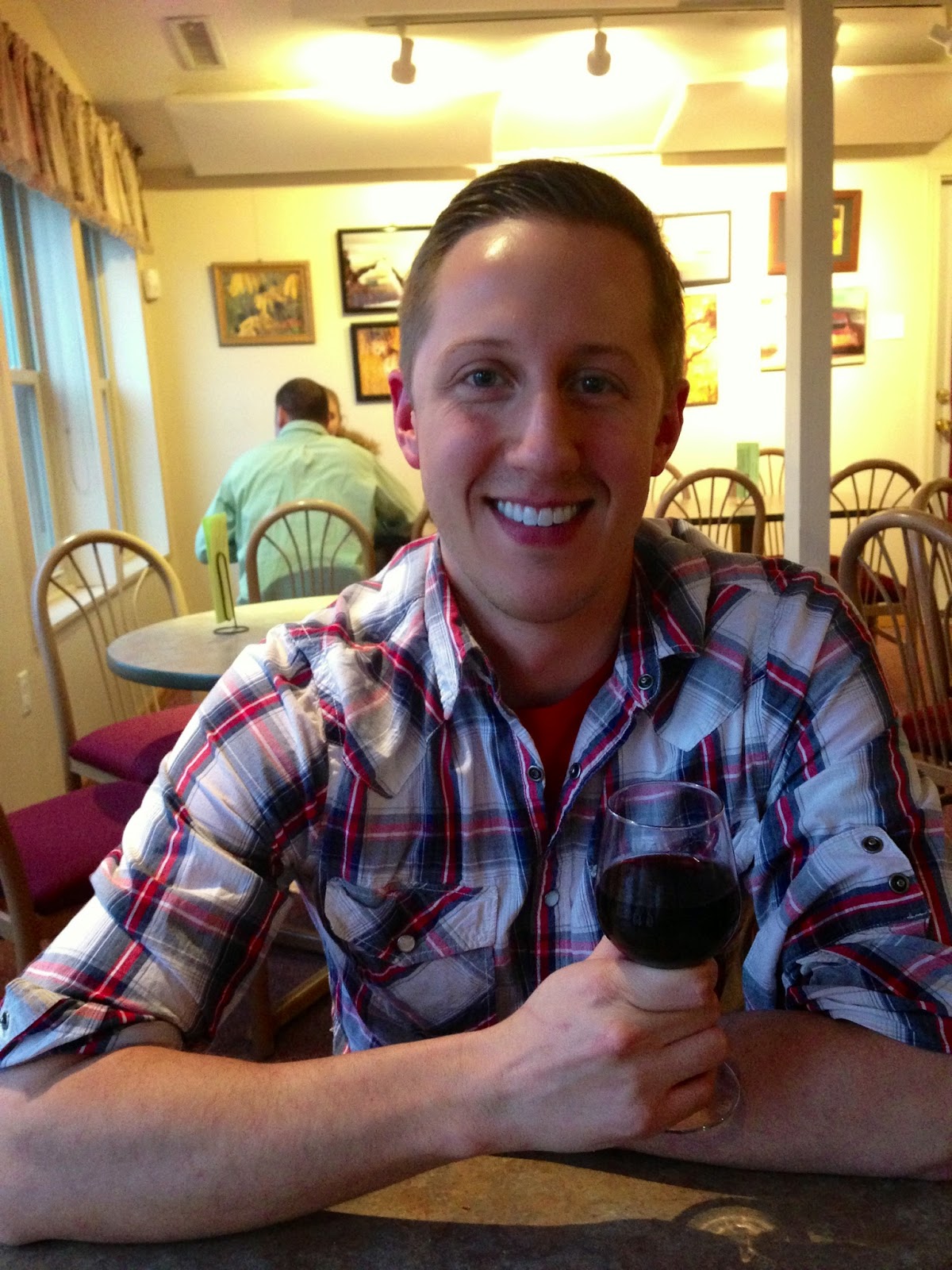 Moving on to the red wines, I first tried the Cabernet Sauvignon, which was the driest of the bunch (and would end up being my personal favorite). I also tried the Viking Red, which was a middle-of-the-road wine, as far as sweetness was concerned. This one blended concord, merlot, and leon millot grapes to create an interesting flavor! Lastly, I tasted the "Red Kiss," which was billed as one of the sweetest wines available. I initially thought I would not like it because of that description, but ended up buying a whole bottle to take home with me! It is a dessert wine that is a mix of grape and chocolate. It reminds me of a Tootsie Roll, and of a similar wine that I had at Myrddin Winery in Mahoning County.
After the tasting session, I had a glass of the Cab Sav and enjoyed spinach artichoke dip and a turkey panini. It was a delightful afternoon at Viking Vineyards, and I can only hope to return to sit outside by the lake! Until then, I will enjoy my bottle of Red Kiss and encourage you all to stop out soon!
Posted by Mike at 9:29 PM