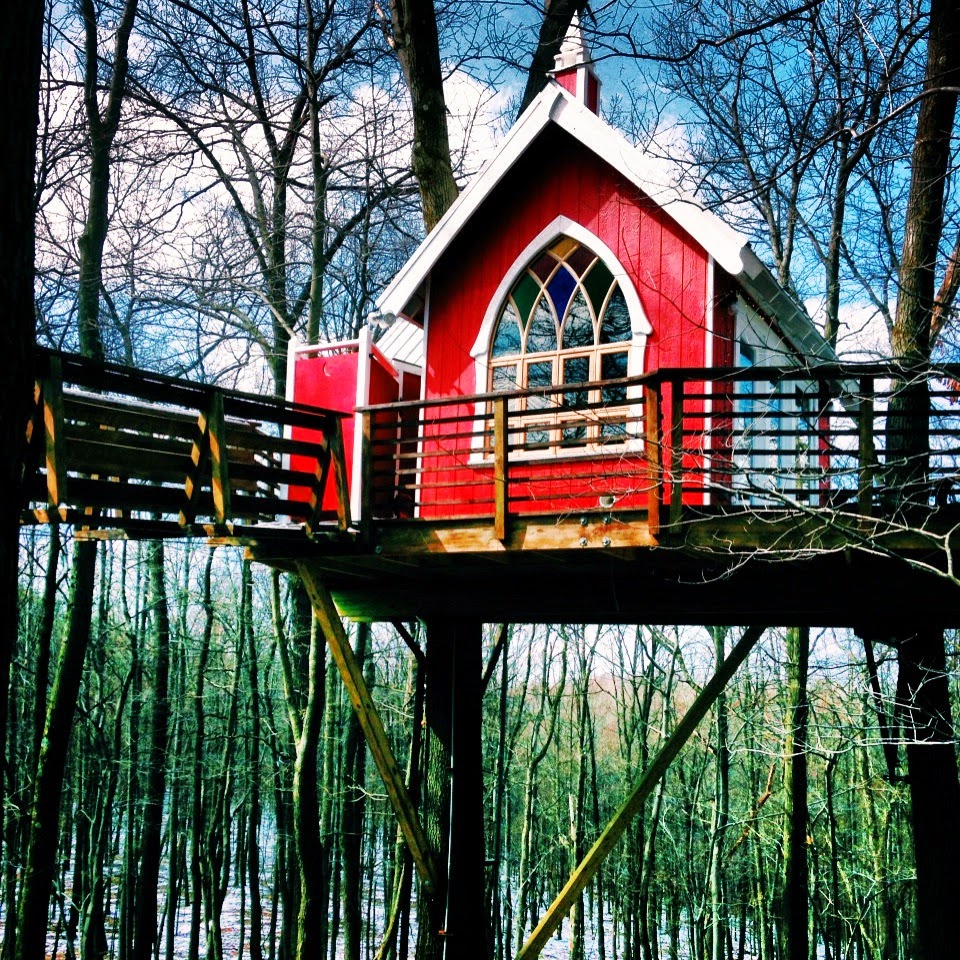 Halfway between Cleveland and Columbus is an adventurer's paradise, an outdoorsman's dream, and one of the most unique attractions found in all of Ohio: The Mohican Treehouse Cabins. If you ever had a desire to live Swiss Family Robinson style for a day, or if you wanted to bring back childhood memories of the treehouse you had in your backyard, now you can! The Mohicans, located in Glenmont, Ohio in Knox County, have these exciting accommodations available for anyone to stay!

Two treehouse cabins are located on site all year 'round, with many more in the works, according to The Mohicans owner, Kevin Mooney. For those who are more comfortable staying closer to the ground, four luxury cabins can also be rented. No matter which option you choose, you will be treated with suprising features, such as granite countertops, expensive linens, and flat screen TVs with DVD players. All cabins (including the treehouse cabins) have indoor plumbing with restrooms and fully functional kitchens, complete with coffee pots, mini refrigerators, and microwaves.

Borrowing technology from the zipline industry, the treehouses are constructed upon platforms with heavy-duty bolts and hardware fastened to the trees to ensure safety, and to provide flexibility for when the trees inevitably grow in size over the years. These cabins are nestled in the treetops starting at around 20 feet in the air, allowing for beautiful picturesque views of the Mohican Forest, and providing a peaceful refuge for birdwatching or reading with a mug of coffee. 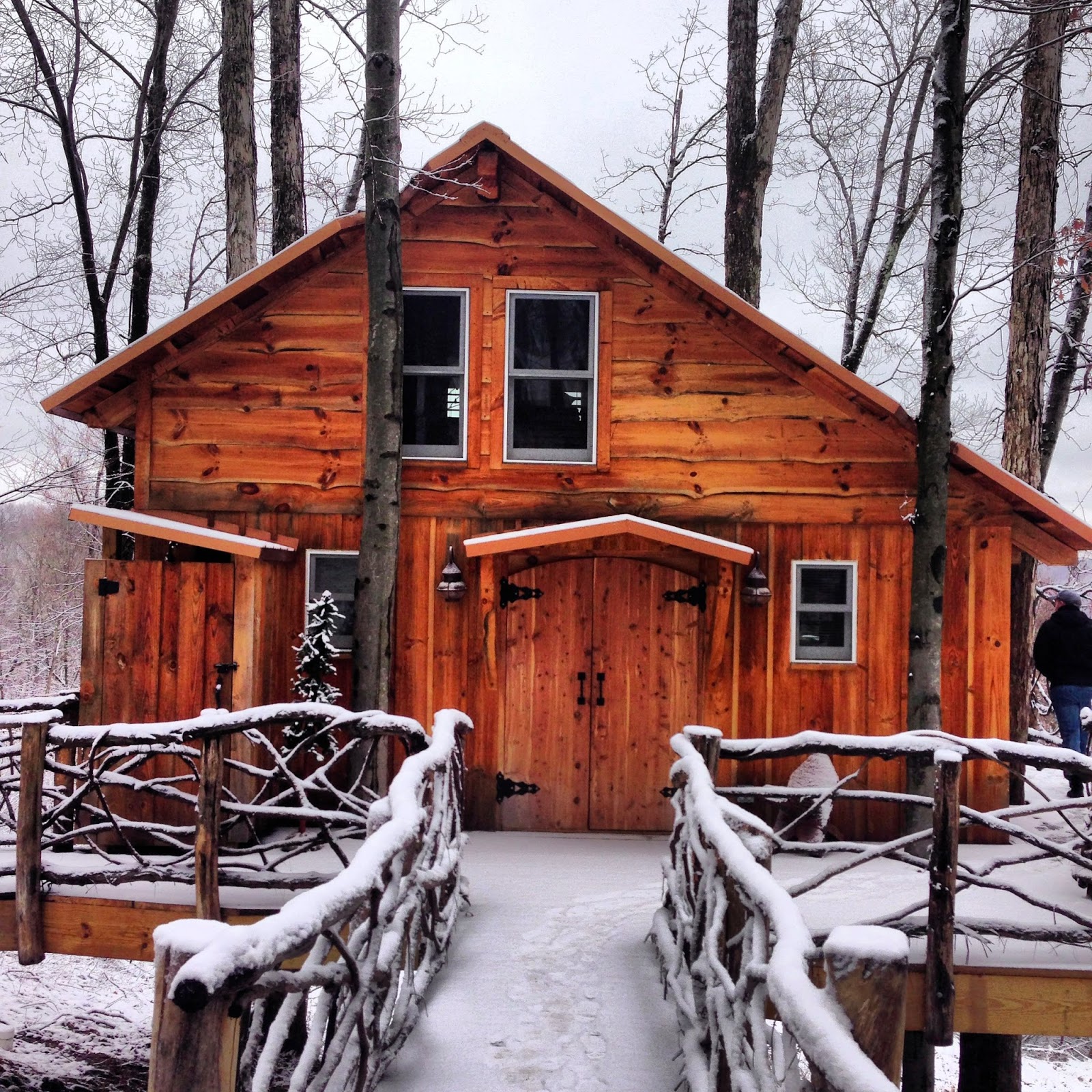 The first of the treehouse cabins to be built at The Mohicans is the White Oak Treehouse, which was erected in 2012 and sleeps four campers comfortably. The rails of the White Oak Treehouse (both inside and out) are taken from vines that were removed from trees in the area, and add a beautiful and rustic feel. 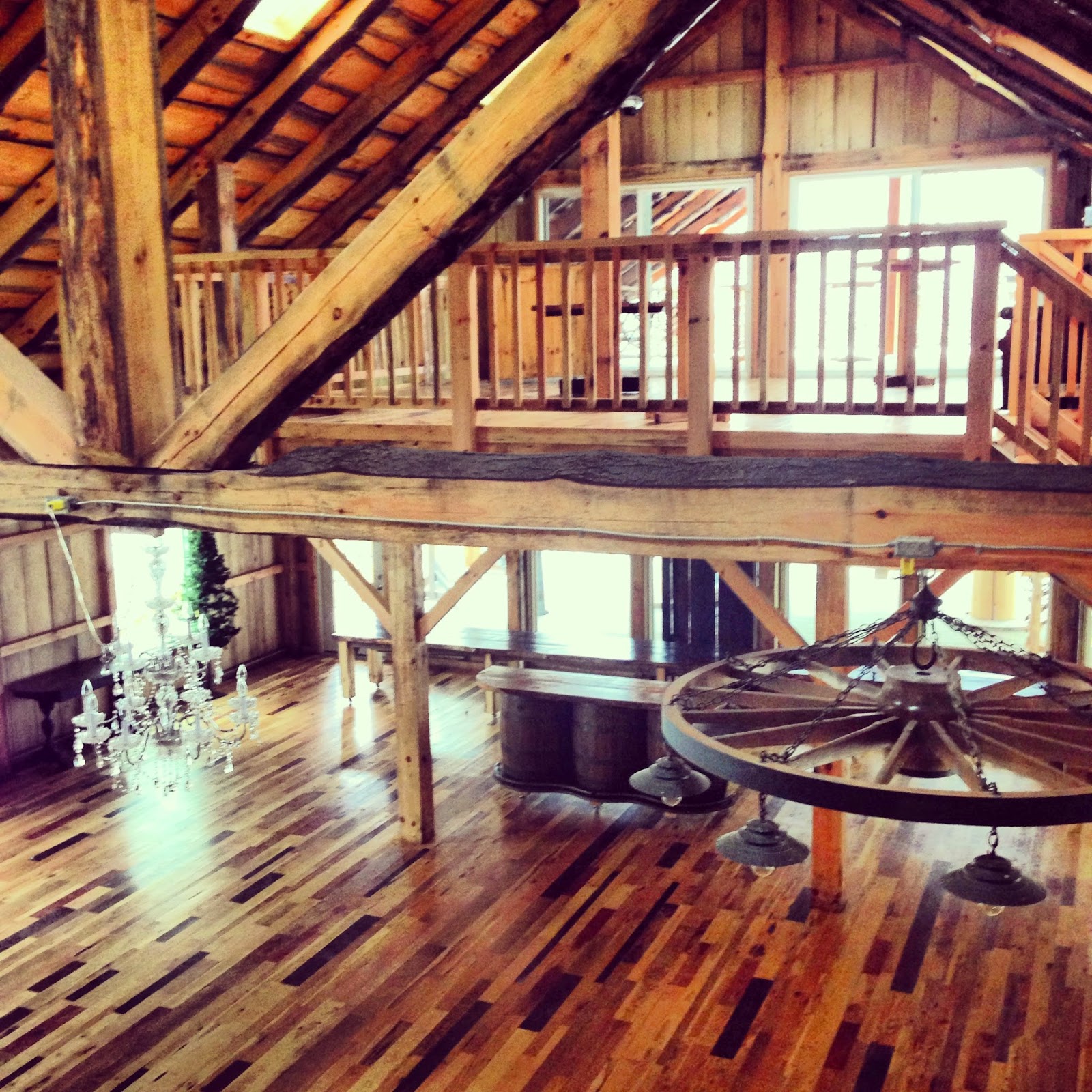 The scene stealer, however, is the Brew Haus Treehouse, a two guest cabin built in 2013 and featured on the Animal Planet television program "Tree House Masters." Originally intended as the beer brewing site for the Mooney family, it was soon transformed into a place to sleep due to the growing demand of those wishing to stay in the White Oak Treehouse. The beer-brewing equipment was relocated to The Grand Barn at the entrance to The Mohicans, which serves as a spot for corporate retreats, weddings, and other events. 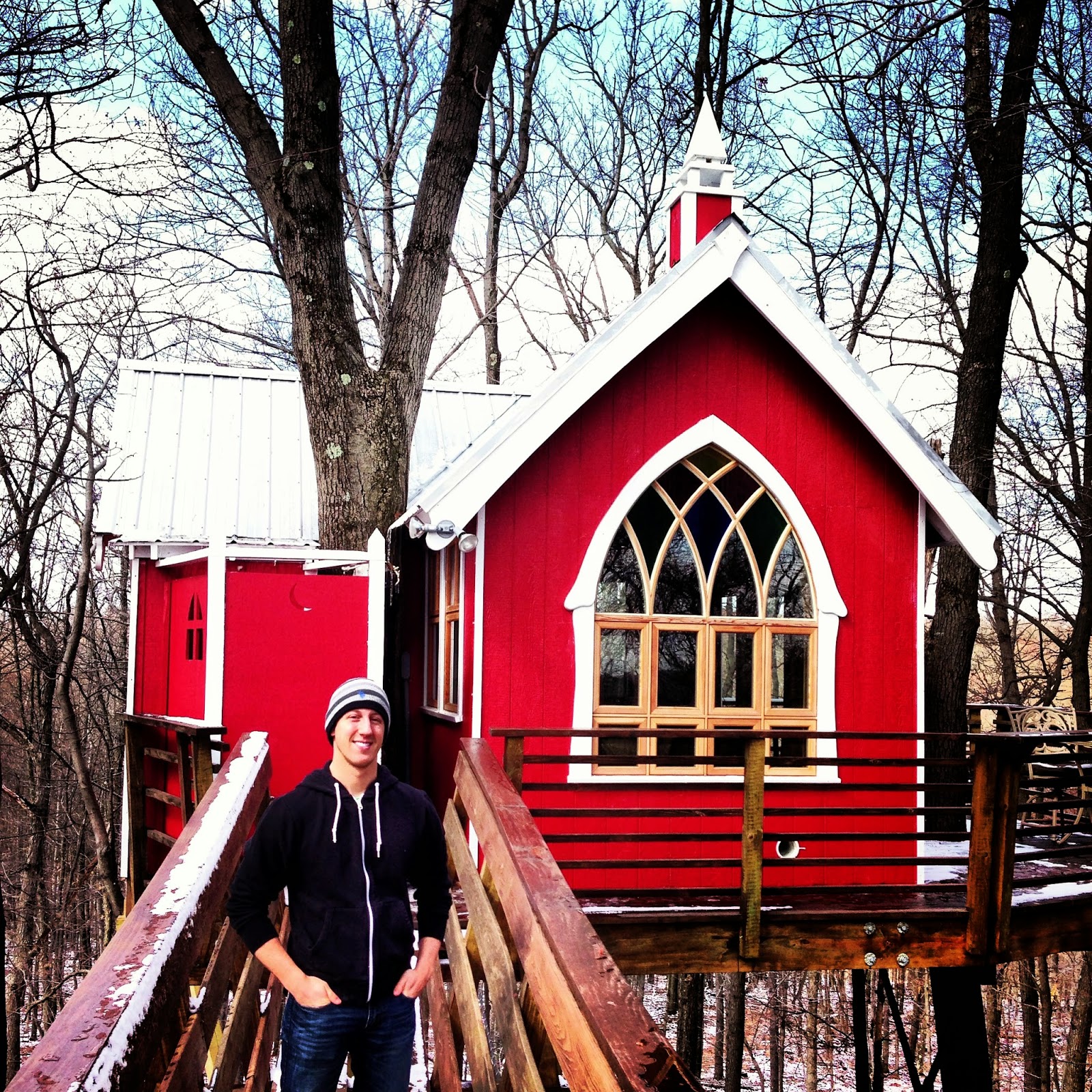 The Brew Haus Treehouse stands out amongst the canopies due to its striking red exterior (an ode to the red barns dotting the Amish countryside) and its enormous head-turning stained glass window. The gothic-inspired structure is accessed via a 30-foot long extension bridge with a staircase ascending from a nearby tree. The inside is equally impressive, with a vaulted ceiling and cozy feel! 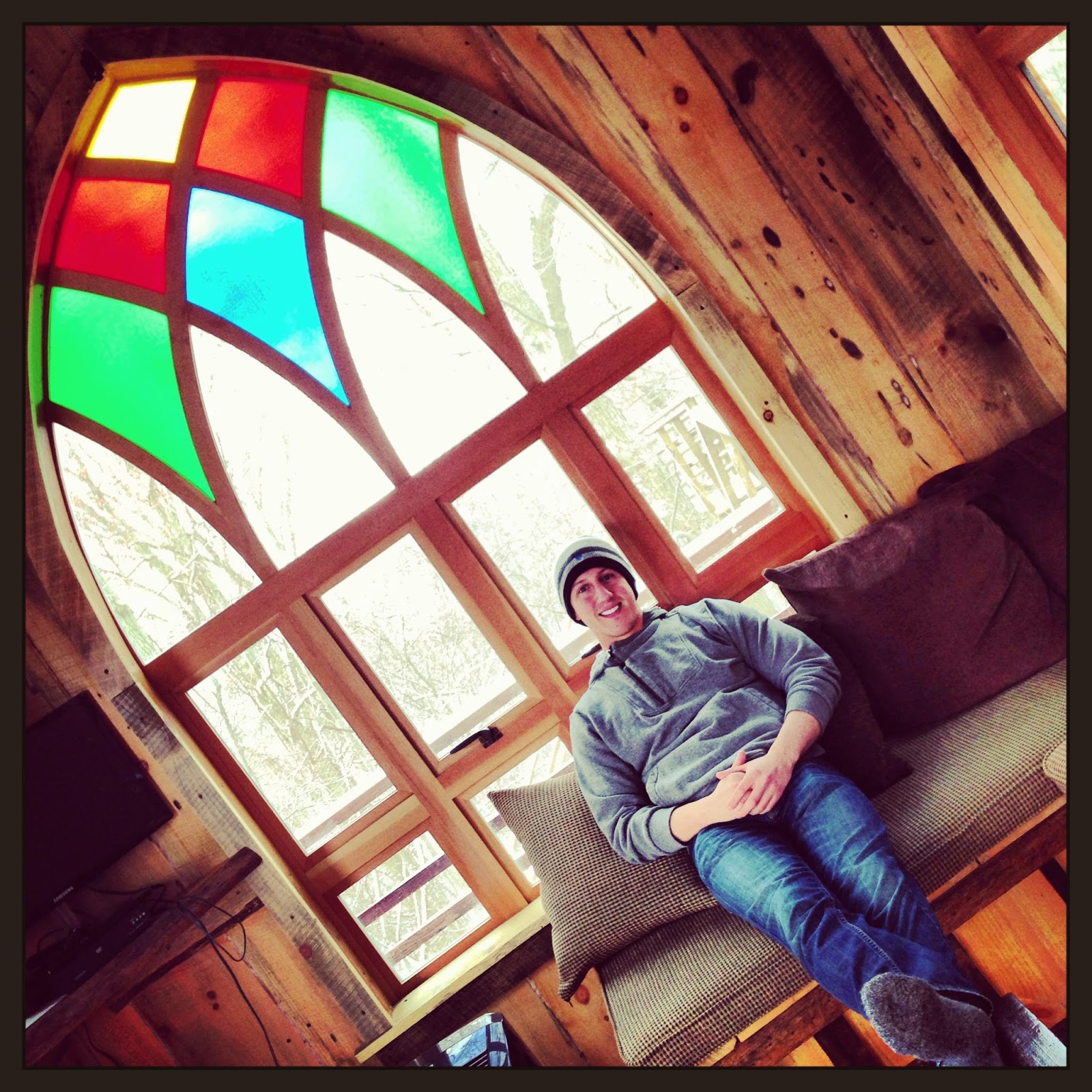 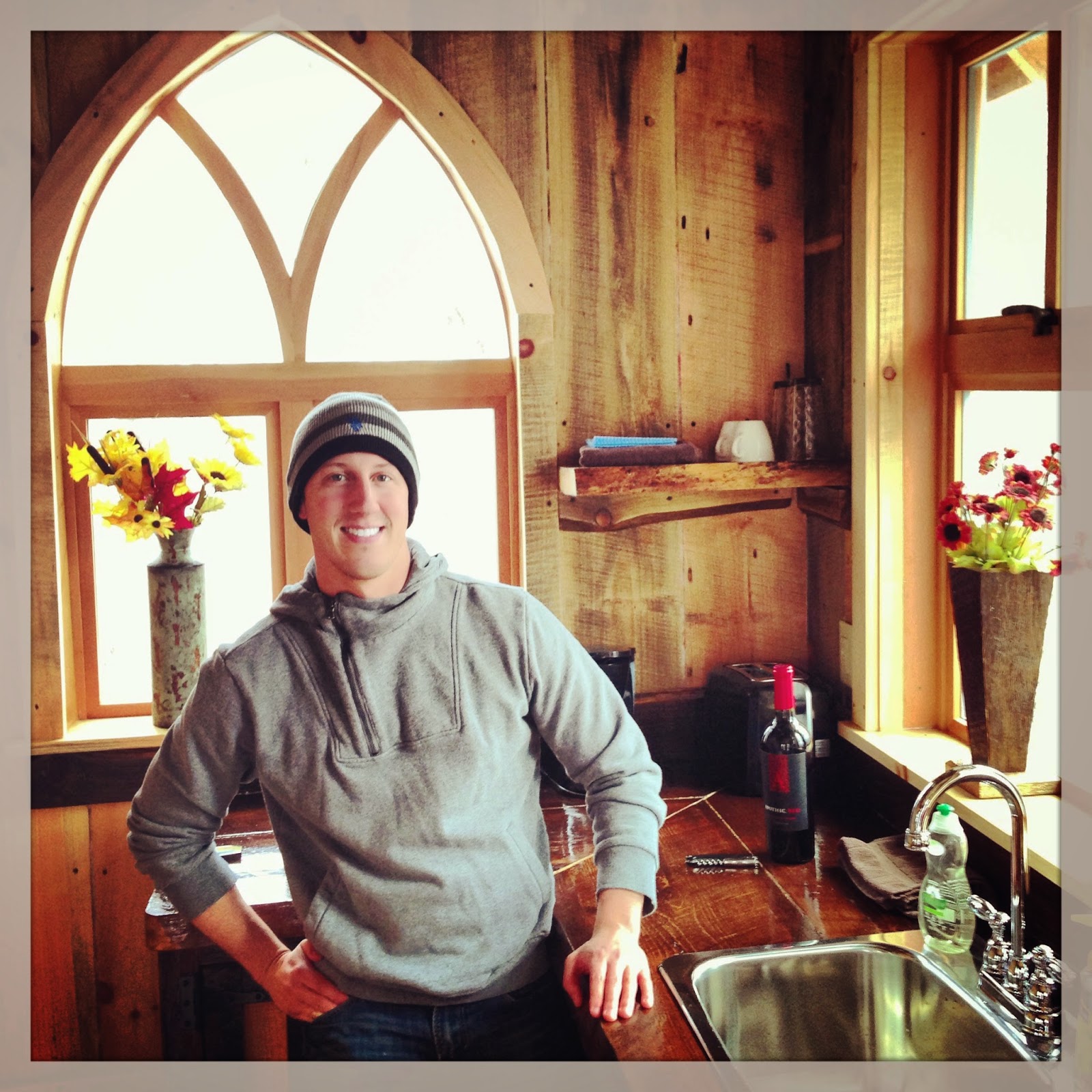 When staying at The Mohican cabins, there is certainly not a shortage of fun activities to keep you occupied! Try ziplining at Tree Frog Canopy Tours, canoeing with the Loudonville Canoe Livery, hiking the Mohican State Park, or attending a pow wow at the Mohican Reservation.