Make It To Marietta 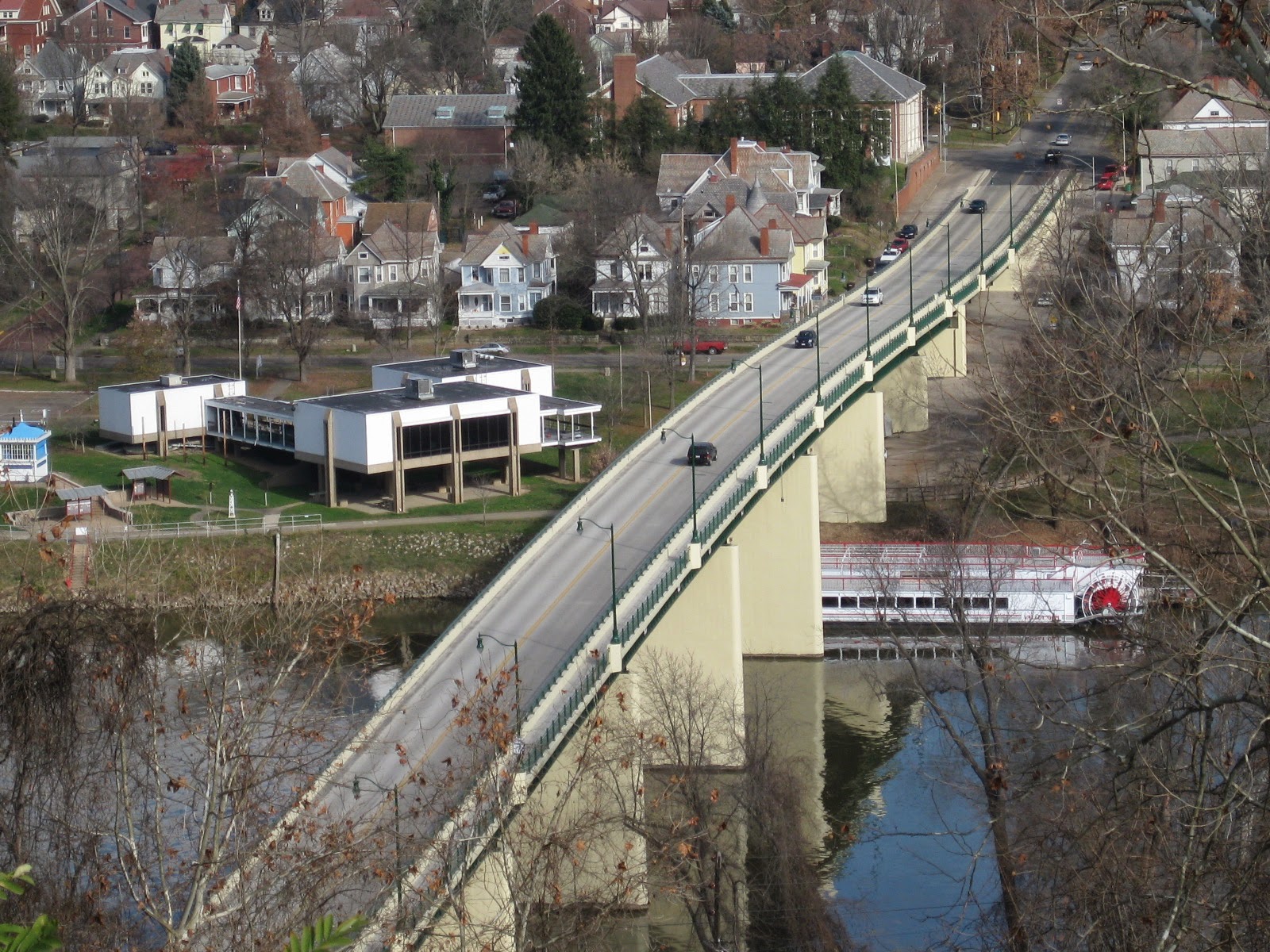 
Whenever I think of Southeast Ohio, Marietta is the first city that pops into my head. It is the county seat of Washington County and is located right at the confluence of the Ohio River and Muskingum River. Its neighbor to the east and south is West Virginia, with a population of just over 14,000 Ohioans.

Marietta is in the heart of Appalachian Ohio, with rolling hills full of lush green forest and twisting roads (such as Interstate 77, which runs right through it). It has a rich history, as it served as a station on the Underground Railroad, and was a site of Hopewell Native American mounds.

The city continues to make history with truly one-of-a-kind spots perfect for a casual and low-key Ohio day trip that is still unique and memorable! Below is a list of 8 Things To Do on a Day Trip to Marietta!

1. Marietta Brewing Company (167 Front Street): When traveling to Marietta for work, I asked locals where the best place would be to grab some lunch. I was given a hearty response of "The Marietta Brewing Company." I made my way through the old quaint roadways of this river town to the brewpub, which was easy to spot with the copper plated brew kettles lining the storefront. I had an amazing loaded mac and grilled cheese sandwich, and drooled over the beer selections (some with fun southern-Ohio themed names like Mount Builder's Brown Ale, Front Street Pale Ale, and Marietta Barleywine).

3. East Muskingum Park (302 Front Street): A city owned park featuring a gazebo, performance pavilion, and the "Start Westward" monument, a statue dedicated to pioneers who journeyed to Marietta in 1788 and established it as the first permanent settlement of the Northwest Territory. See, I told you there was a lot of history in Marietta! There is also a portion of The River Trail (see below)

4. Marietta River Trail: The Marietta River Trail runs along the Muskingum River for 3.4 miles through the city and is located just across the Ohio River from West Virginia. So, you can imagine how great the scenery is here! The trail is asphalt and is perfect for running, biking or strolling. There is a trail entrance at East Muskingum Park, and also at Indian Acres Park. A cool feature is that part of the trail is an old railroad trestle that was converted for pedestrian use!

5. Valley Gem Sternwheeler: Marietta is the site of the annual Ohio River Sternwheel Festival the weekend after Labor Day (2015 will be the 40th anniversary of the event). Seasonally, you can hitch a ride on the Valley Gem Sternwheeler (pictured on the river in the photo above), which is docked at the Washington Street landing. A ride on this awesome paddle-wheel boat will give you a glimpse of what river life is like. You can take a narrated sightseeing tour for just $14 on most days from 12-1:30 PM, or take part in a number of dinner cruises (including a murder mystery dinner). There are also special day-long or multi-day-long trips planned to Pittsburgh (PA), Zanesville (OH), Wheeling (WV), and Blennerhasset Island. 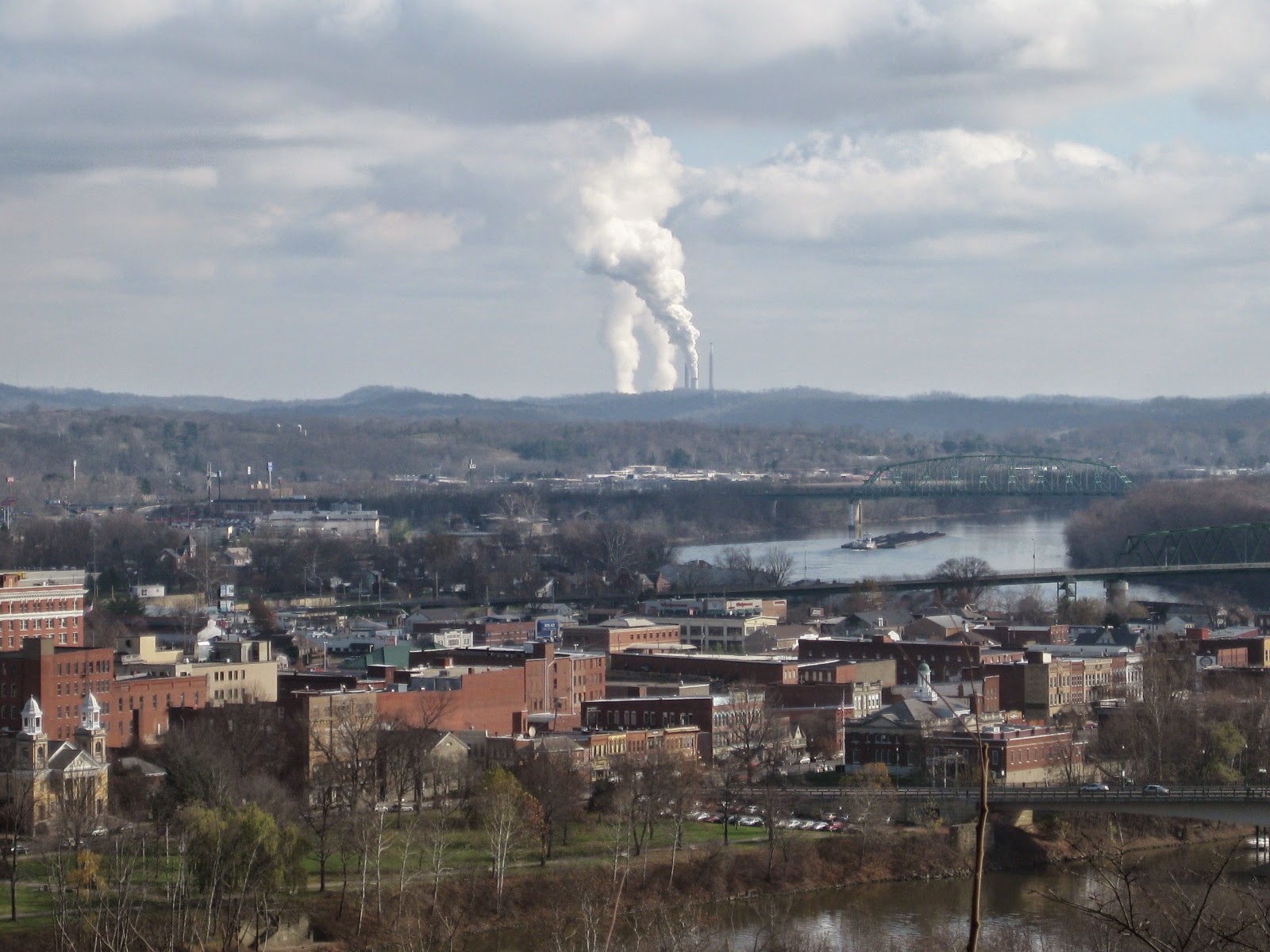 6. Marietta Adventure Company (219-B Second Street): A full-service bike and kayak shop with specialized bikes plus Perception, Dagger, and Wilderness Systems kayaks. They also offer bicycle service and kayak rentals & shuttle service, meaning they can get you out there for anything from multi-day river and trail adventures to a fun afternoon with the family. They will haul you up stream and pick you up at the finish! Rock climbing gear also available!

7. Marietta Soda Fountain Museum (109 Maple Street): Even though most people in Ohio refer to it as "pop" rather than "soda," the Marietta Soda Museum is dedicated 100% to the fizzy bubbly drink. Most prominently featured is Coca Cola - everything from old advertisements to old vending machines, vintage posters, and other collectibles. Definitely a sight to see.

8. Levee House (127 Ohio Street): If you haven't caught on, it's all about the river in Marietta. So what better place to get dinner than at the fine dining establishment Levee House that overlooks the Ohio River?
Posted by Mike at 10:23 PM