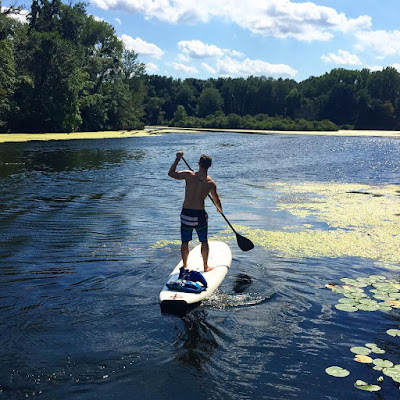 Ever since my first experience paddleboarding two years ago on a quarry in Columbus (with Project 908), I had been itching to do it again. In the Akron area, at the Portage Lakes, there is a great company aptly named The Stand Up Guys, who offer paddleboarding rentals along the PLX for very reasonable prices! The Stand Up Guys are totally laid back and willing to work with you on rental times and the location on the lakes in which you will launch from. The more people you have, the cheaper it is to rent. I ordered 5 paddleboards for 2 hours, which cost just $125! 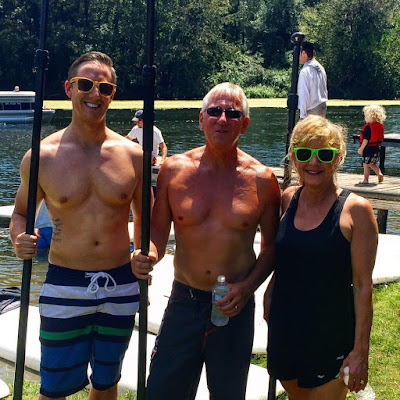 My unsuspecting parents came along for the paddleboard excursion!

Next it was time to find out who to invite along for this epic adventure. I was able to convince my dad to try it out for the first time ever as a birthday gift to him, and I dragged my mom along too. Two friends, Greg and Matt, also were up for the challenge. None of them had ever done it before. Of course my parents felt initially that it would be totally out of their league, for a number of reasons. But, as any good son would do, I basically pressured them into taking the leap of faith and trusting that they would be fully capable. 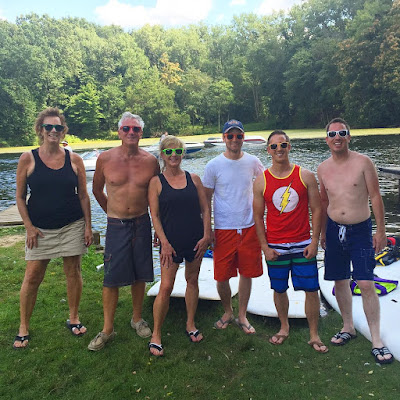 The whole group with our colorful sunglasses!

As the Stand Up Guys demonstrated when they dropped off the boards and gave us a tutorial, it is very difficult to fall off! They purposely rocked and wobbled the boards to show this. This was particularly relieving to our buddy Matt, who actually doesn't even know how to swim! Thankfully for him (and for all of us), the Stand Up Guys provide life jackets with every board. You do not have to wear it the whole time, but you are required to have it fastened to your board. 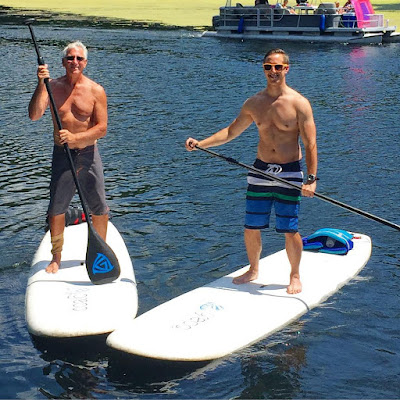 Father & son out for dad's birthday!

After they adjusted our oars, they showed us the tricks to getting on (start on your knees then work your way up to standing), and paddling (keep your arms straight, one on top of the oar, one halfway down, creating a triangle with your arms and the oar). We were soon off on our own in the wide open waters! 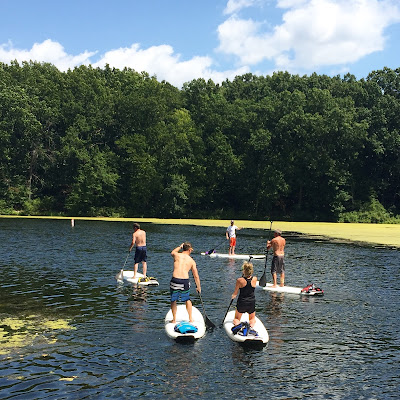 The whole group off up and at 'em (well...or at least half way up, mom)

One of the most challenging parts of the start of our paddleboarding experience was fighting the wind! While it was a beautifully sunny day, there were portions of the lake where the wind was particularly strong and we had to paddle harder to get a good rhythm going. Another obstacle was navigating through the busy waters of Portage Lakes. Even the slowest moving pontoon boats would create little waves that would disturb your travels. 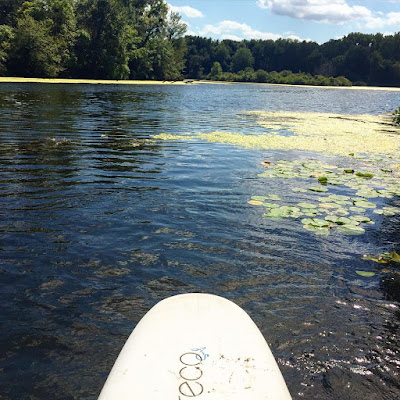 But aside from those two minor items, paddleboarding on the crystal clear waters was a piece of cake, and we managed to make some good distance in the 2 hour time slot we were allotted. We launched from Old State Park Beach on Turkeyfoot Lake, where then we paddled around the ski & speed zone, through Mud Lake, then turned around, stopping on New State Park Beach before heading back. 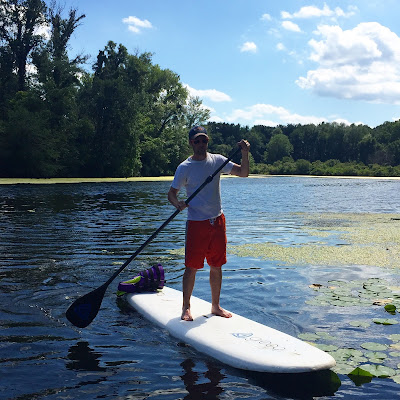 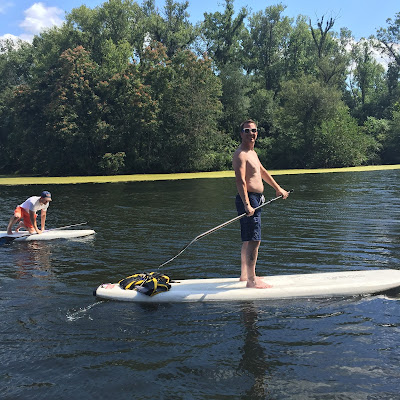 Look ma, no life jacket (I was not happy bout that haha)

It was a gorgeous day and so there were TONS of people out swimming, boating, canoeing, finishing, and the like. We were the only paddleboarders that I saw that day. Portage Lakes is a HUGE set of lakes, for those not familiar. So, if given more time, we would have lots more to explore. But, we were all getting pretty fried from the sun, and were working up quite an appetite! 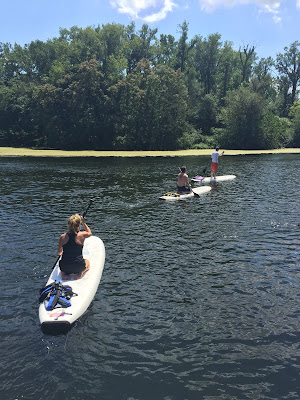 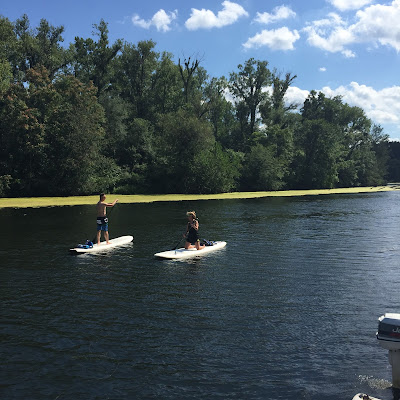 We got back to the launching area and turned in our boards and oars to the Stand Up Guys. We then grabbed a bite to eat on the patio of On Tap at the Harbor Inn and talked about our adventure. Surprisingly, no one fell in! And everyone kept pace pretty well. I was able to prove to my parents and our friends that it is definitely something that most people can do if they just take that first step!
Posted by Mike at 6:58 PM